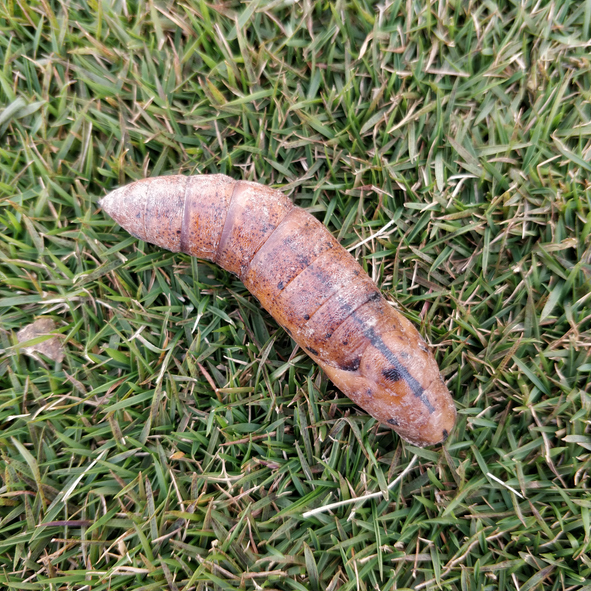 How To Get Rid Of Army Worms

Homeowners across the country were all asking the same question this time last year. They were all wondering how to get rid of fall army worms. The innocent-looking worm wreaks havoc on lawns. It essentially eats everything in it its path.

Army warms can’t survive in the cold. They start out in the south and then ride the wind up north. Yes, Storm winds in the southern United States carry the worms into Michigan.

Any worm that doesn’t have wings but can still somehow fly is already bad enough. But if they crash land on or near your lawn, your troubles are just beginning. So, let’s learn a little more about these wriggly lawn wreckers and how to keep them under control.

The fall armyworm goes through four stages of development: egg, larva, pupa and adult. During the lifecycle, their most destructive stage is the worm-like larva.

Their adult stage is a moth. Research shows that army worm moths will live about 10 days. The moths are most active from late July to early November but don’t do damage like the larva.

The army worms we’re most worried about (when they’re feeding on your grass) look like caterpillars. They may grow to be two inches long.

They’re green, brown or black in color. They are distinguished by an inverted white "y" on the top of their heads.

What Do They Eat?

The fall army worm is a first-rate pest. It frequently causes considerable damage, not only to grass but to crops, too.

Their favorite turfgrasses include:

These cool-season grasses are very popular in Michigan, so army worms are very happy here. And if we’re having a particularly rainy summer, and lawns are covered in beautiful green grass, the army worm population could be significant.

As much as they love grass, it’s not the only thing it will eat. Its menu is made up of a wide variety of food sources, including:

So it’s not just homeowners worrying about their lawns being destroyed. Farmers also wage war with the fall armyworm as well.

When Do Army Worms Eat?

You’re not going to see them chomping away during the day. When the sun is out, they’re buried deep in your soil, hiding under your lawn or plants. If you start noticing brown patches in your yard, that’s a typical sign of an armyworm infestation, feeding at night.

The key to stopping them is to keep an eye out for them.

If You Suspect Army Worms

If you’re noticing damaged areas of your lawn and you’re wondering if army worms are to blame, here’s how you can tell. You flush them out with soapy water.

Mix some liquid dishwashing detergent with water in a bucket. Slowly pour the water over the area and you should start to see the worms coming up out of the ground within a few minutes.

If you do see them on your lawn, you will have to take action.

If you have them in your yard, you may feel like you need your own army to stop them. Fortunately, the lawn care specialists at Lush Lawn are trained to keep them under control.

Insecticides will help to get rid of them, but it takes a specially concentrated formula for best results. And after you do get rid of the pests, you’re going to need someone who knows how to help your lawn recover and bounce back healthy in the spring.

If you’d like to learn more about how we can keep army worms from invading your lawn, feel free to contact us at any time. We’d be happy to help.

Why You Should Consider Dormant Seeding For Your Lawn
Fall Lawn Care—Michigan Style
How To Get Rid Of Army Worms
In Michigan, Fall Lawn Care Tips Are Valuable- Even In October