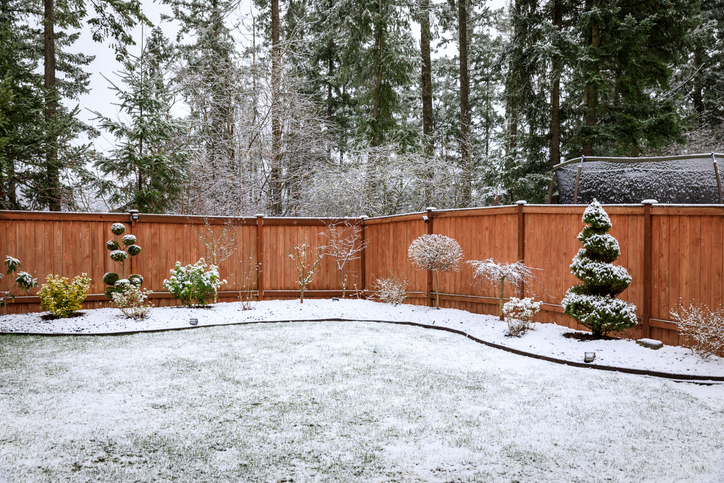 What Kills Grass Over Winter?

If you’re wondering what kills grass over the long, cold winter...the answer is ‘Lots of things.’ Even though your grass, for its own protection, has been dormant for several months, it’s not 100% safe from Mother Nature. There are some things that can happen (if the conditions are right) that will kill all or part of your turf when the snow is flying. Let's take a look.

“Winterkill” is a term used to describe dead grass that develops during the winter.

The unpredictability of environmental factors makes it difficult to foresee winterkill happening. Surface drainage also has a role. Winterkill is typically seen on golf courses, but it varies greatly between golf courses and even across the same course.

There are several factors that contribute to the development of low-temperature kills. They include: Soil temperature is also a big component. It’s actually more critical than air temperature for the low-temperature kill because the crown of the plant is in the soil.

It is difficult to pinpoint absolute killing temperatures because of all of the factors mentioned here. But agronomist James Bashore Beard studied it and came up with a way to rank low-temperature hardiness for turfgrass species that were autumn hardened (able to withstand sub-zero temperatures during the winter). Here’s the chart he came up with for easy reference.

During his career, Beard wrote several books about low temperatures and what they do to grass.

Ice sheets occur when the snow melts and refreezes, typically in poorly drained areas. You’ll notice the damaged area of turf as the ice sheet melts away. It typically ends up where the ice forms. Beard conducted research on ice sheets, as well. He experimented using three turfgrass species: Kentucky bluegrass, creeping bentgrass, and annual bluegrass.

Beard discovered that Kentucky bluegrass and creeping bentgrass handle ice sheets best. They both survived 150 days of ice cover without significant injury. But annual bluegrass did not fare so well, dying anywhere between 75 and 90 days of coverage.

Sometimes people take crown hydration for ice sheet damage. It's the most common and destructive type of winter injury, happens in late winter, typically during late February and March, when there are periods of thawing and freezing

Temperatures will rise above 32 degrees and stay there for a few days. When this happens, some turfgrasses (most notably annual bluegrass and perennial ryegrass) begin to warm up. And in turn, the grass begins to think it’s springtime and the crowns will take in water (or hydrate.)

If a rapid freezing event follows the thaw, ice will form inside the crowns, resulting in one of two outcomes. The cell membranes will either rupture or the moisture is drawn out of the cells and ice crystals will form between them.

In either case, it’s not good for your lawn.

Winter desiccation is when leaves or plants die because they’re dormant or semi-dormant, and dry out over the winter season. Elevated and exposed lawns are most at risk for desiccation injury. It can also happen to turf that’s prone to surface runoff. Fortunately, winter desiccation in Michigan is very rare.

Choosing the proper grass for your site is critical. Cool-season turfgrasses are typically used in Michigan include:

Helping your lawn recover from a long winter is very important. You must give your grass the boost it needs to thrive all spring and summer long. Lush Lawn’s 7-step lawn maintenance program has everything you need for your grass and is designed to handle all four seasons of Michigan weather.

To learn more about our program contact us today.

Why You Should Consider Dormant Seeding For Your Lawn
Fall Lawn Care—Michigan Style
How To Get Rid Of Army Worms
In Michigan, Fall Lawn Care Tips Are Valuable- Even In October